“There is no destination to reach, because we are the destination.” — Joseph Rain 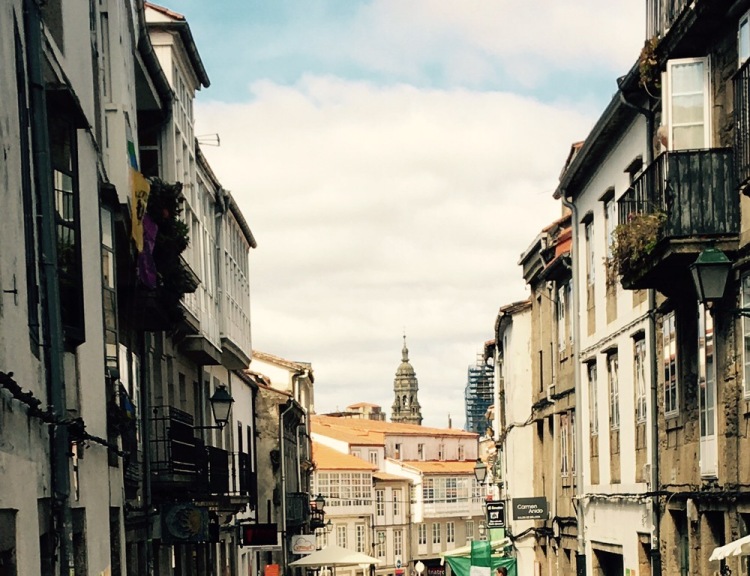 Throughout this journey I could always see the day’s destination once I got within a few miles of the village/city. It was the spires of the church that hovered above the landscape, that called me to it with hope that the end of the day was near.

When I approached the final landmark–Santiago de Compostela–it was nothing like that, just urban sprawl. I briefly saw the Cathedral, but it disappeared, never to be seen again until I turned a corner and the plaza opened before me. It’s strange when what you expect doesn’t turn out to be what happens. On top of that, I wasn’t ready for the hordes of tourists and the many (mainly groups of people) who only walked or biked the last 60 miles, the minimum to get a Compostela (certificate of completion).

So my arrival wasn’t the emotional, fall on your knees or whoup it up sort of thing I anticipated it would be. And that seems to be pretty much the same with other peregrinos. The only ones I see whoupping it up are those who didn’t walk as far as I did, or who arrived on bicycles.

I arrived at noon Saturday, just as Mass was starting so I hurriedly checked my backpack at the tourist office and went to church. It was standing room only and a very beautiful, event–like all the services here are–but the nun who was the cantor had a voice like an angel and the pipe organ really piped it out. At the end of the service they burned incense in a huge silver container called a Botafumiero.

It was originally done to fumigate the clothes of early-day pilgrims…and of course incense is an oration to God.

It takes some 8 people to swing this thing from one end of the transept to the other, all while the organ is playing and the cantor singing. It is an amazing feeling to experience. So much so that I’ve since gone to three different masses to see it–and I’m told they do not do it every Mass (only when a group pays to have it done!). 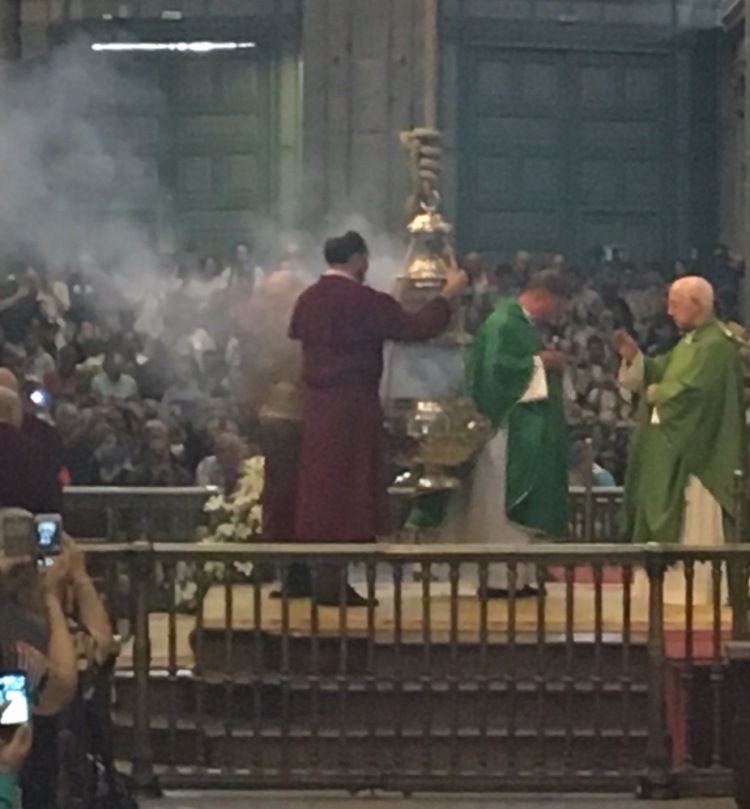 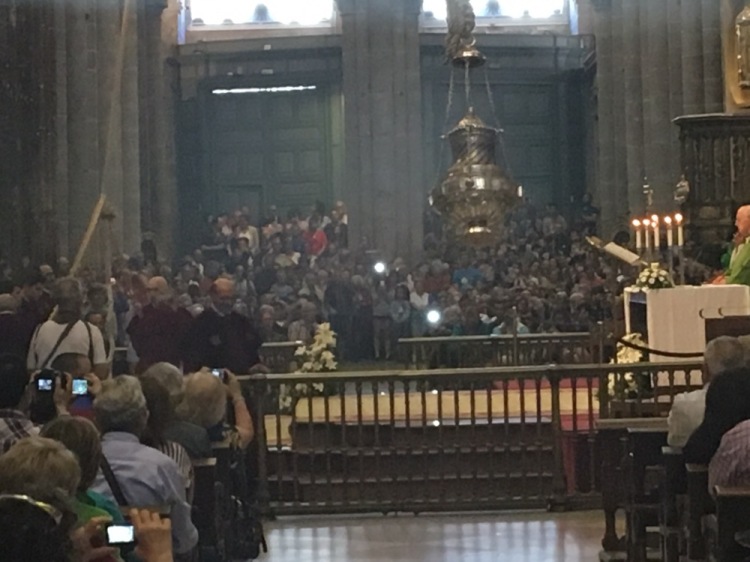 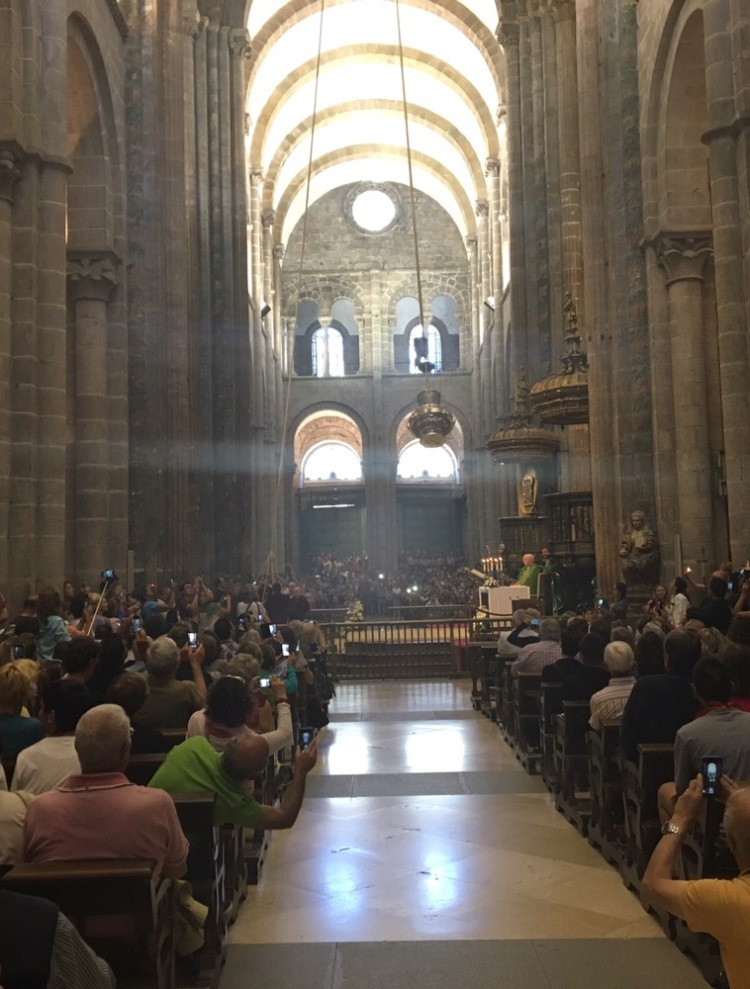 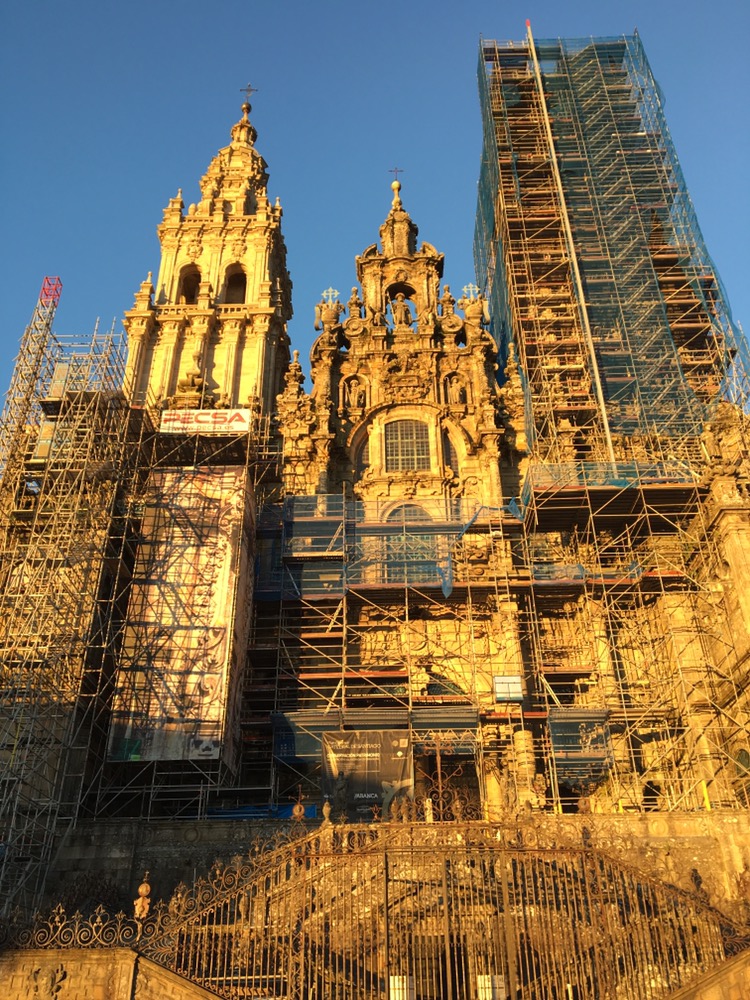 This is the front of the Cathedral. As you can see it is undergoing restoration.
More tomorrow!