“If ever you do go back, what is it you want of Evesham?”

“Do I know? […] The silence, it might be … or the stillness. To have no more running to do … to have arrived, and have no more need to run. The appetite changes. Now I think it would be a beautiful thing to be still.'” 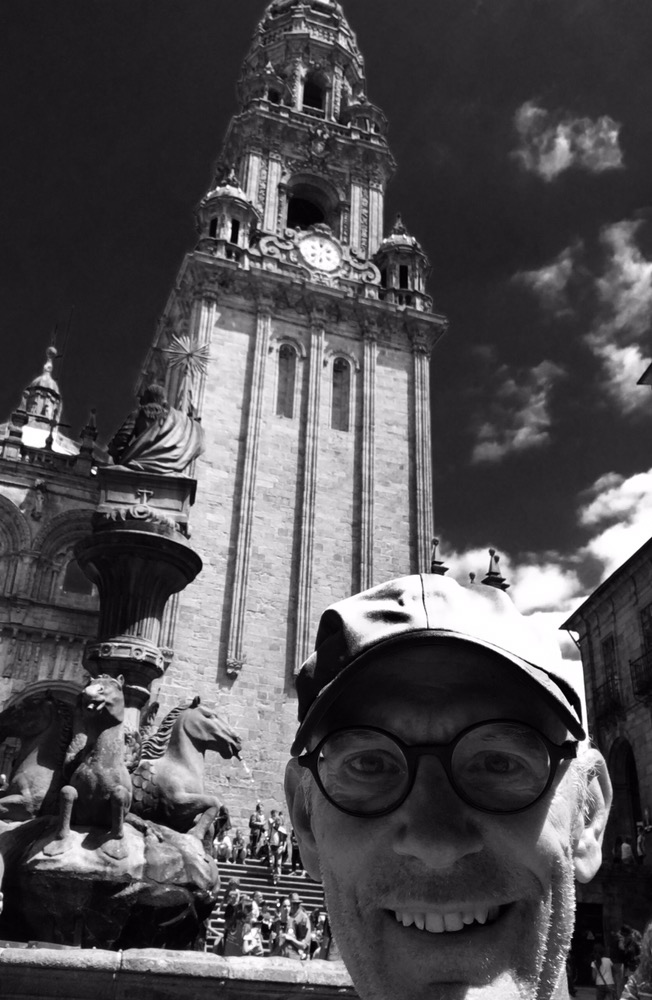 Well, it’s been a long road, but I walked into Santiago today–and just in the nick of time to go to the noon Mass in the Cathedral. Stunning.

Late now. Too tired to write. Will write much more about today tomorrow!

But here’s some background about St James I saved earlier…

There were two Apostles named James. James the Greater is the older of the two. He was also called “The Son of Thunder”. James, John and Peter were honored to be the only Apostles present at the Transfiguration. They were also present in the Garden of Gethsemane while Jesus prayed before His death.

Tradition tells us he evangelized in Spain after the crucifixion for nine years. St. James the Greater was the first Apostle to be martyred. In the year 44, King Herod Agrippa killed him with a sword during the early persecutions of the Church.

St. James the Greater is the patron saint of laborers and Spain.
And his remains are here.

Man of La Mancha Made It to Santiago!