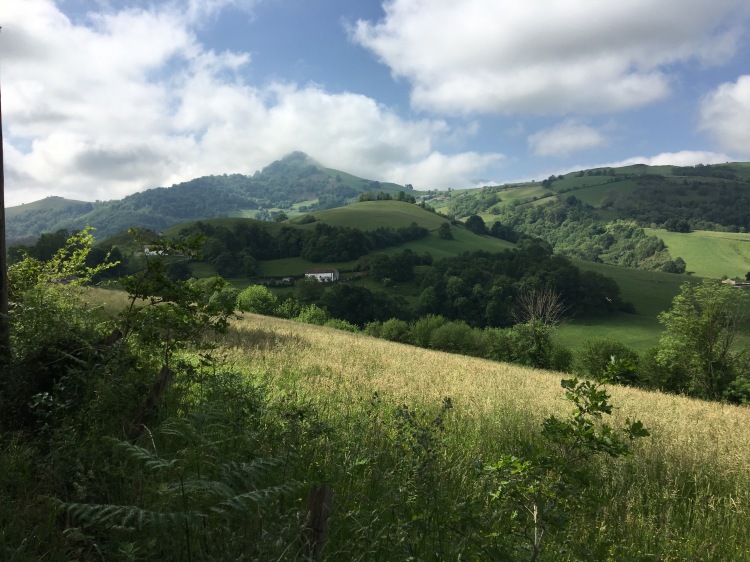 One can take the low road in the valley around these mountains…or the Napolean Route over them. Yes, the same route Napolean and Charlemagne and Roland took. Well, that’s for me! Or at least the me that’s thinks he’s still 20 years old.

They said it was steep, but it’s like walking up an incline that if you didn’t lean forward you feel like the weight of your pack will cause you to tumble over backwards! It took me over 3 hours to go just 5 miles. It’s a little more strenuous than I bargained for-/especially since it’s hot and sunny. Where’s the overcast skies the forecast called for? Where the body that I used to have?

Staying overnight at a Mtn refuge. Ten bunk beds in a tight little room. More like a jail cell. I have a top bunk and it’s like being on a submarine. I can touch the ceiling without extending my arm. I hate tight places. I have to see horizons. Even at night. I almost turned around and walked back to St. Jean…but I want to go over the top tomorrow, and Inerd to learn to play the hand Indealt–and to trust in the Camino. So I’ll stick it out. After all, one of the purposes of this trek is to get out of my comfort zone. Check, doing that big time today. And tonight, men and women together in a cell 20×10 maybe and generous. Hmm. Three Japanese men straight out of a kung fu movie.A German woman, a Korean woman, a Japanese woman, another American (I think–he’s passed out on his bunk). And who knows who else will appear. One toliet, a token-taking shower that cuts off after 5 minutes. Ah, is this the life or what?

But the countryside is simply stunning. Green, lush, steep rolling hills nestled in the larger mountains. Takes your breath away. So does the climb. Little did I know that this was just the beginning…

These photos are just from the start of the climb–the first 5 miles. 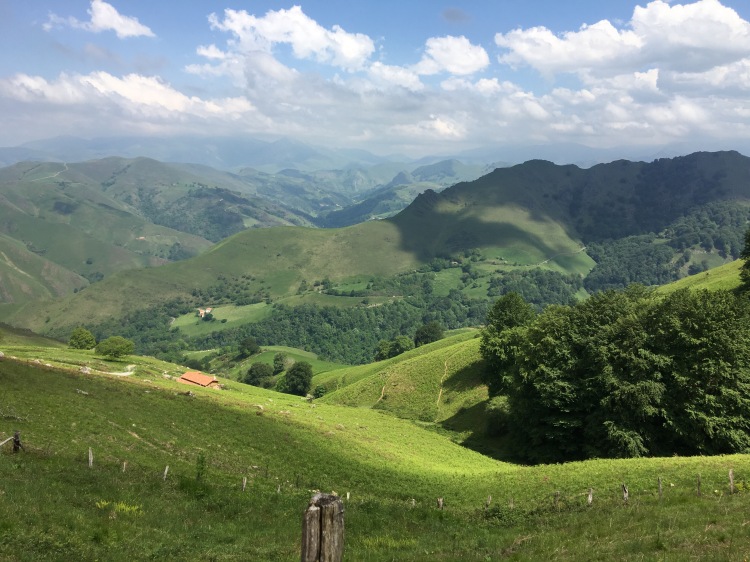 One thought on “The Pyrenees!”